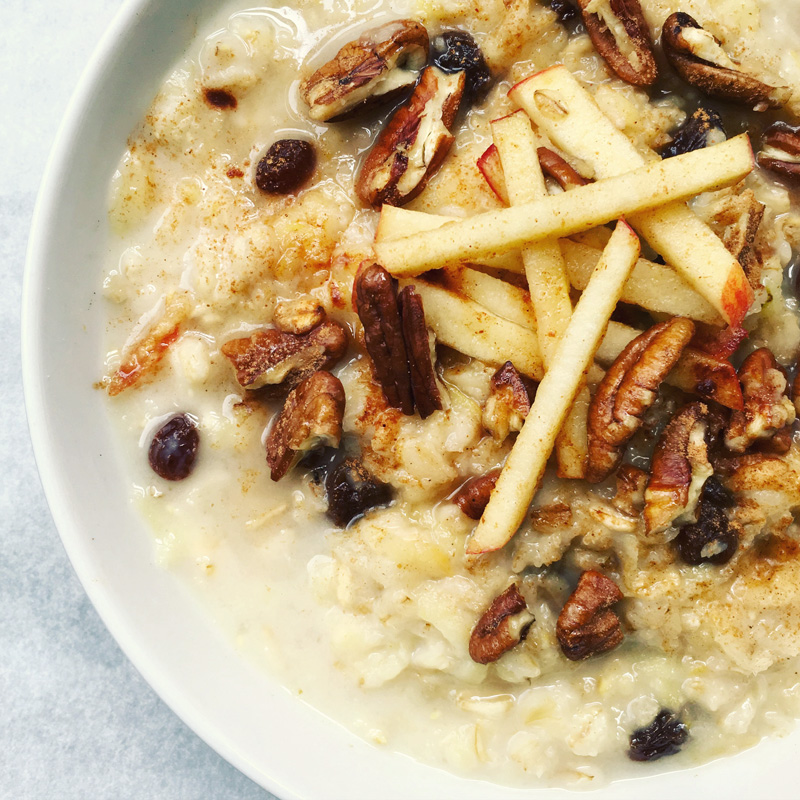 This fruity porridge tastes like pudding! We love it on hungry mornings or after an early gym session. Proper porridge like this, containing only whole ingredients and natural sugars, will sustain your energy and concentration levels throughout the morning and keep you full until lunch.

January 13, 2015
We'd love to know what you think of our ideas. Tell us if you’ve tried something you like, or if you found a great way of adapting one of our recipes. We also welcome questions, and suggestions for future posts. No challenge too big or small.