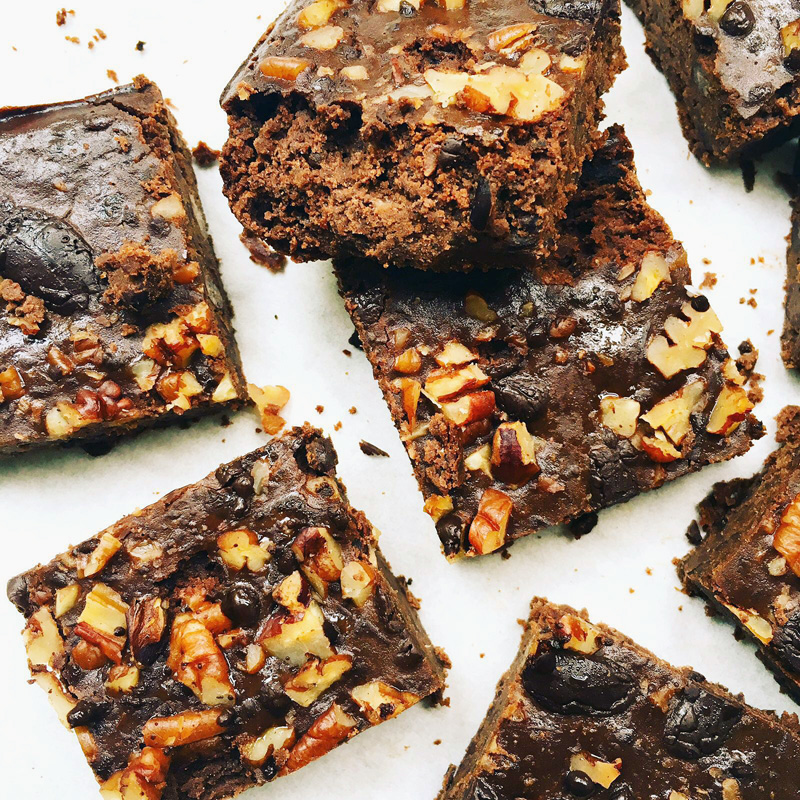 Black bean brownies. That’s right, people. We’ve put an eatwise twist on brownies to make them much healthier. And they taste GREAT.

We know beans in brownies sounds strange – we were unconvinced by the idea when it first starting doing the blog rounds too. But it works! The beans – basically a wholesome alternative to flour – give the brownies a fudgy texture, which is just like the real thing. And they don’t really have any flavour. So all you taste is the chocolate and nuts.

Black beans in anything gets our vote for their health benefits – fibrous and protein packed. This also means they’re super satiating and will keep you fuller for longer.

For anyone with a gluten intolerance, these babies contain zero gluten.

This will keep for up to 5 days in the fridge. Or freeze for up to 3 months.

July 19, 2017
We'd love to know what you think of our ideas. Tell us if you’ve tried something you like, or if you found a great way of adapting one of our recipes. We also welcome questions, and suggestions for future posts. No challenge too big or small.