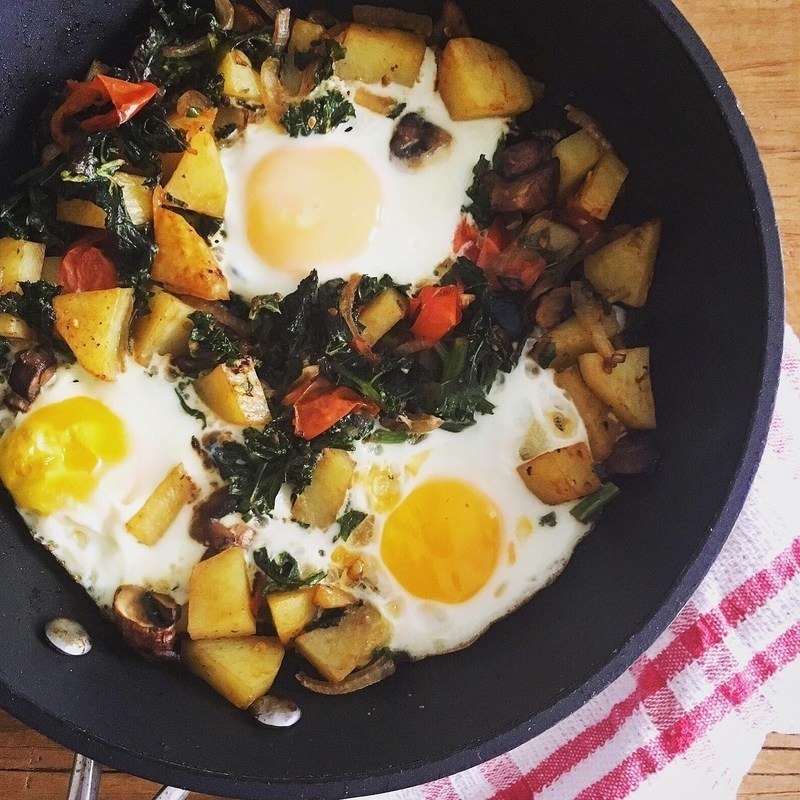 This delicious brunch recipe is cooked in just one pan for ease and less washing up.

It’s vegetable-packed, as there’s no reason breakfast should be devoid of the good, green stuff. Served with a crisp salad, it doubles as a decent dinner, too.

We’ve listed our favourite vegetables, but throw in anything that needs using up, like strips of pepper, or courgette. You could substitute the regular potato for sweet potato.